It’s hard to say where and when we began. It originally began in the 1950’s with Randolph Richardson in another building on Main Street known as Richardson, Dicken and Dotson Funeral Home, then later moving to Slate Avenue in Owingsville where it became Richardson Funeral Home. Randolph was a licensed funeral director and embalmer at that location for many years until he sold out to a partner in the early 1980’s. Randolph started the Richardson Corporation about the same time and traveled the country throughout the 1980’s moving cemeteries to make room for airports and highways.

In 1986 Randolph’s brother Parley bought what was known then as the Keal, Bromagen and Gray Funeral Home on East Main and Randolph came home to help his nephews Paul and Brent start a new Richardson Funeral Home in our current location. The home at the time was situated in a historic mansion built in 1867 and 1868. Over the following years after the Richardson’s purchased the home it was remodeled. The funeral home is now totally handicap accessible and includes an all new chapel, display room, offices, lounge and grand hallway. The funeral home is constantly evolving and improving; building on what started as Randolph’s dream so many years ago.

Randolph Richardson passed away in March of 2003, but his legacy lives on here at the Richardson Funeral Home. 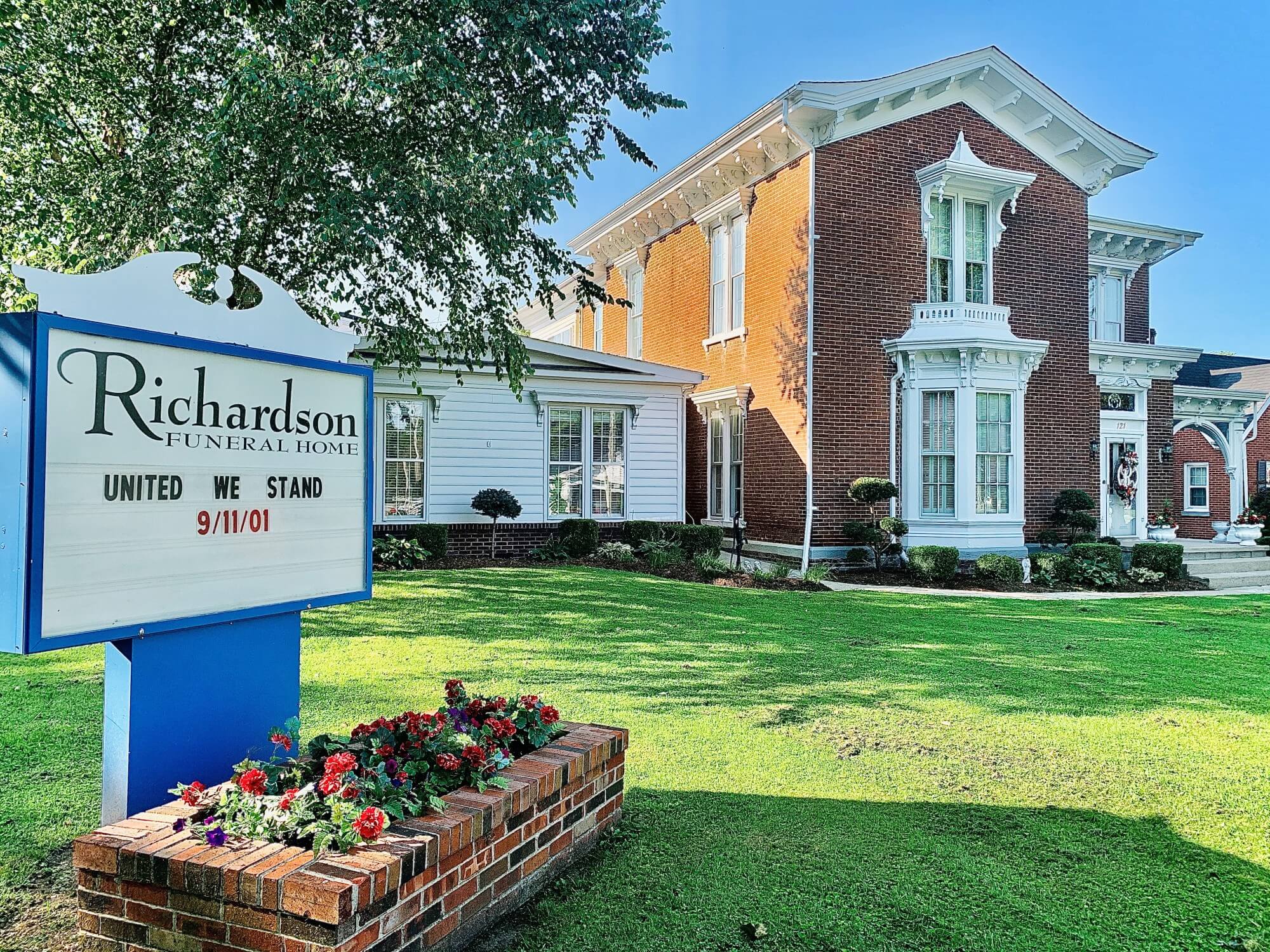